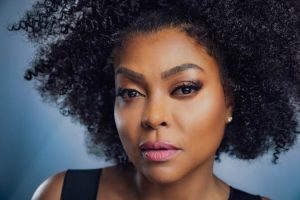 “I am honored to return as the host of the BET Awards and share the stage with so many powerful and prolific artists; you can even say it is the ‘empire’ of Black Excellence,” said Taraji P. Henson. “Working with amazing partners like Scott and Connie at BET and Jesse Collins Entertainment is a creative’s dream. I can’t wait to celebrate Black music, entertainment, and culture with our viewers on what will be one unforgettable night.”
“Taraji P. Henson is the personification of Black excellence, and we are excited to collaborate with the phenomenal multi-talented stage and screen actress to host the ultimate celebration of Black culture again this year,” said Connie Orlando, EVP Specials, Music Programming & Music Strategy at BET. “For over two decades, the BET Awards has been home to Black brilliance, talent, and creativity, providing unforgettable cultural moments, and we look forward to raising the bar for BET Awards 2022.
Most recently Henson’s TPH Entertainment struck an overall deal with BET Studios, an unprecedented studio venture launched in September 2021 powered by the infrastructure and financing of BET and Paramount to produce original content for an array of internal buyers, including Paramount+, SHOWTIME, CBS, Nickelodeon, BET+, and BET. Additionally, BET Studios places programming on third-party platforms seeking best-in-class content from both leading and rising Black creatives.
Connie Orlando, EVP, Specials, Music Programming & Music Strategy will oversee the annual show, with Jamal Noisette, VP, Specials, Music Programming & Music Strategy to Co-Executive Produce for BET. Jesse Collins Entertainment is the production company for the show with Jesse Collins, Dionne Harmon and Jeannae Rouzan-Clay serving as Executive Producers.
BET.com/bet-awards is the official site for “BET Awards” 2022 and will have all the latest news and updates about this year’s show.
About Taraji P. Henson
Follow us @BET_PR AND @BETAWARDS
Academy Award-nominated and Golden Globe-winning actor, filmmaker, and activist Taraji P. Henson quickly rose to fame after her breakout performance in the critically acclaimed film HUSTLE & FLOW.
In 2020, Henson wrapped her iconic run as “Cookie Lyon” in Fox’s hit musical drama EMPIRE, which has earned her three Emmy nominations, a Golden Globe Award, a Critics Choice Award, and three BET Awards. Prior credits include the Academy Award-nominated film HIDDEN FIGURES, Tyler Perry’s ACRIMONY and THE FAMILY THAT PREYS, PROUD MARY, THINK LIKE A MAN, TALK TO ME opposite Don Cheadle, SMOKIN’ ACES with Ben Affleck and Alicia Keys, HURRICANE SEASON opposite Forest Whitaker, NO GOOD DEED opposite Idris Elba, LARRY CROWNE with Tom Hanks and Julia Roberts, TAKEN FROM ME, and THE CURIOUS CASE OF BENJAMIN BUTTON with Brad Pitt, for which she earned an Academy Award nomination for Best Supporting Actress. Henson also lent her voice to Disney’s RALPH BREAKS THE INTERNET: WRECK IT RALPH 2. In 2019, Henson starred in Paramount’s WHAT MEN WANT from director Adam Shankman, and THE BEST OF ENEMIES opposite Sam Rockwell. In 2020 she starred in the Netflix film COFFEE & KAREEM with Ed Helms.

Most recently, Henson starred as Miss. Hannigan in NBC’s Annie Live! in December of 2021, for which she has already won an NAACP award for Outstanding Actress in a Television Movie, Limited Series or Dramatic Special. She will be heard lending her voice to MINIONS: THE RISE OF GRU coming this summer and is currently in production on Blitz Bazawule’s THE COLOR PURPLE, where she will star as Shug Avery.
In Fall 2020, Henson announced her production company TPH Entertainment, with producing partner Christine Conley which has a first-look deal with Twentieth Century Fox TV. TPH Entertainment has previously announced several projects including TWO-FACED with Bron Entertainment, which Henson will

also direct, marking her feature film directorial debut. They also have Alessandro Camon’s TIME ALONE, with Henson will also star in and SORCERORITY, which they will co-produce with Game Changer Films and Gabrielle Union’s I’ll Have Another Productions.
In October 2016, Henson released her New York Times bestselling novel “Around The Way Girl,” a memoir about her family and friends, her determination to make it to Hollywood, and the importance of living your own truth.
In Fall 2018, she launched the Boris Lawrence Henson Foundation in honor of her late father. The organization provides scholarships to African-American students majoring in mental health, offers mental health services to youth in urban schools, and works to lower the recidivism rates of African-American men and women. Henson, along with her best friend and foundation partner, Tracie Jade, recently co- hosted the Facebook Watch series on mental health called PEACE OF MIND WITH TARAJI, for which they received a Daytime Emmy Award nomination for “Outstanding Informative Talk Show Host.”
In 2019, Henson received her star on the Hollywood Walk of Fame.
Henson is represented by CAA, M88, The Lede Company, and Johnson, Shapiro, Slewitt & Kole.
ABOUT BET:
BET, a unit of Paramount (NASDAQ: PARAA; PARA; PARAP), is the nation’s leading provider of quality entertainment, music, news and public affairs television programming for the African American audience. The primary BET channel is in 125 million households and can be seen in the United States, Canada, the Caribbean, the United Kingdom, sub-Saharan Africa and France. BET is the dominant African-American consumer brand with a diverse group of business extensions including BET+, the preeminent streaming service for the Black audience; BET.com, a leading Internet destination for Black entertainment, music, culture, and news; BET HER, a 24-hour entertainment network targeting the African-American Woman; BET Music Networks – BET Jams, BET Soul and BET Gospel; BET Home Entertainment; BET Live, a growing BET festival business; BET Mobile, which provides ringtones, games and video content for wireless devices; and BET International, which operates BET around the globe.
ABOUT “BET AWARDS”
“BET Awards” is one of the most-watched award shows on cable television according to the Nielsen Company. The “BET Awards” franchise remains the #1 program in cable TV history among African- Americans, and it is the #1 telecast for BET every year. It recognizes the triumphs and successes of artists, entertainers, and athletes in a variety of categories.
ABOUT JESSE COLLINS ENTERTAINMENT
Jesse Collins Entertainment (JCE) is a full-service television and film production company and has played anintegralroleinproducingmanyoftelevision’smostmemorablemomentsinmusicentertainment. JCE has a multi-year overall agreement with ViacomCBS Cable Networks. On the theatrical film side, the company also has a first look on JCE’s film development projects which could include Viacom’s film entities such as Paramount Players. The award-winning and critically acclaimed television that JCE has produced includes miniseries—The New Edition Story and The Bobby Brown Story; scripted series—American Soul and Real Husbands of Hollywood; children’s series—Bookmarks: Celebrating Black Voices; award shows— BET Awards, Black Girls Rock!, BET Honors, UNCF’s An Evening of Stars, BET Hip Hop Awards, ABFF Honors and Soul Train Awards; specials—John Lewis: Celebrating A Hero, Love & Happiness: An Obama Celebration, Change Together: From The March On Washington To Today, Stand Up for Heroes, Dear Mama, Amanda Seales I Be Knowin’, Def Comedy Jam 25 and Leslie Jones: Time Machine; as well as competition/game shows—Sunday Best, Hip Hop Squares, Nashville Squares and Rhythm & Flow. Jesse
Collins, founder and CEO of the company, is the executive producer of all programming. He is also a co- executive producer for the iconic GRAMMY® Awards. Most recently, he was executive producer of The