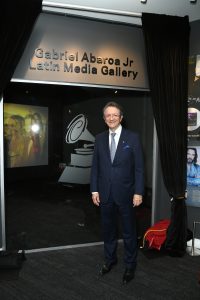 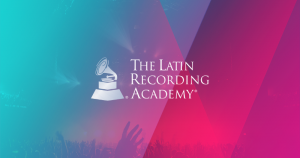 Michael Sticka, President/CEO of the GRAMMY Museum, along with Manuel Abud, current CEO of The Latin Academy, presented Abaroa with the honor during a private reception attended by the Board of Trustees of both The Latin Academy and the Recording Academy®, the Museum and the Latin GRAMMY Cultural Foundation®, as well as Abaroa’s family and close friends.

“Gabriel’s almost two decades of leadership at The Latin Academy was a key influence for the worldwide impact, awareness and growth of Latin music,” said Sticka. “The GRAMMY Museum team is thrilled to name our Latin Media Gallery after our collaborator and dear friend.”

“Gabriel’s unique leadership style truly exemplified the values of our organization: excellence, integrity and passion,” said Abud. “The Latin Media Gallery that will carry his name is a testament to his legacy, and will reinforce our rich heritage of supporting and honoring Latin music and its creators.”

In 2019, working in collaboration with The Latin Academy, the Museum renovated its third floor to expand its Latin-themed exhibits and showcase the power of Latin music as it continues to grow into one of the leading influences worldwide. The Latin Music Gallery currently displays “Y Para Siempre… Marco Antonio Solís,” which highlights Solís’ life beginning in Michoacán, México to the present day, as a successful international solo artist now based in Los Angeles.

Abaroa’s leadership and tenure at The Latin Academy led to outstanding growth and exceptional financial stability over the past 20 years. Some of his key accomplishments include implementing a strong Board of Trustees while fostering a healthy relationship with the Recording Academy, and assembling a team of talented and passionate executives and staffers. In addition, he was responsible for the transition of the Latin GRAMMY® telecast from English to Spanish. Most recently in 2018, the organization, under Abaroa’s leadership, signed an unprecedented agreement extending the partnership established in 2005 with Univision through 2028. He also led the establishment of the Latin GRAMMY Cultural Foundation® in 2014 to further international awareness and appreciation of the significant contributions of Latin music and its makers to the world’s culture through college scholarships, grants and educational programs. Last year, Abaroa became President Emeritus of The Latin Academy, a newly created senior advisory role that will include working on assigned strategic projects.

ABOUT THE GRAMMY MUSEUM:

Established in 2008, the GRAMMY Museum is a nonprofit organization dedicated to cultivating a greater understanding of the history and significance of music through exhibits, education, grants, preservation initiatives, and public programming. Paying tribute to our collective musical heritage, the Museum explores and celebrates all aspects of the art form — from the technology of the recording process to the legends who’ve made lasting marks on our cultural identity. For more information, visit www.grammymuseum.org, “like” the GRAMMY Museum on Facebook, and follow @GRAMMYMuseum on Twitter and Instagram.

ABOUT THE LATIN RECORDING ACADEMY:

The Latin Recording Academy is an international nonprofit dedicated to nurturing, celebrating, honoring, and elevating Latin music and its creators. Established as the global authority on Latin music, the membership-based organization composed of music professionals produces the annual Latin GRAMMY® Awards, The Biggest Night in Latin Music®, which honors excellence in the recording arts and sciences, in addition to providing educational and outreach programs for the music community through its Latin GRAMMY Cultural Foundation®. For more information, please visit LatinGRAMMY.com.