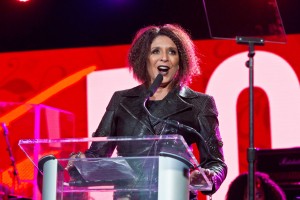 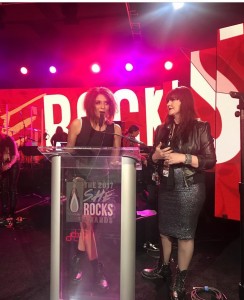 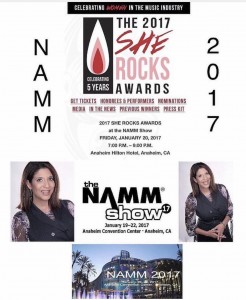 Shirley Manson, Ronnie Spector, Esperanza Spalding and many others Celebrate Women in the Music Industry

“By not disappearing, but by thriving, that’s how you have the last word.”
– Shirley Manson at the 2017 She Rocks Awards

The She Rocks Awards delivered another stellar event on January 20th at the Hilton Anaheim Hotel during the NAMM Show, shining a spotlight on female role models in the industry and celebrating noted women from all walks of the industry. The stellar evening was live streamed on Parade magazine. 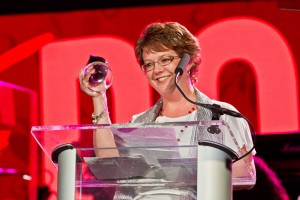 The event kicked off with local talent Brandy Robinson, winner of the #SaveAGuitar contest sponsored by Breedlove. Her smoky, lush vocals and guitar stylings warmed the crowd up for what proved to be a memorablerocking evening. 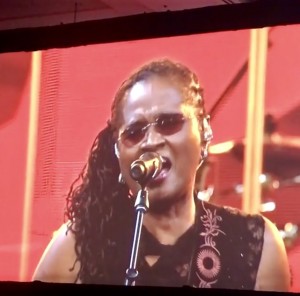 The fun moved into high gear with a raucous, crowd-stomping performance by Jenna Paone, She Rocks founder Laura B. Whitmore and the killer house band, Rock Sugah, titled “I Like It Loud”! The original song by Paone and Whitmore, with guitar solos by Gretchen Menn and Nita Strauss, was a stirring declaration that girls can rock just as loud and proud as anyone on the planet. 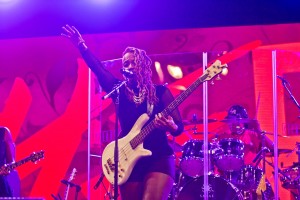 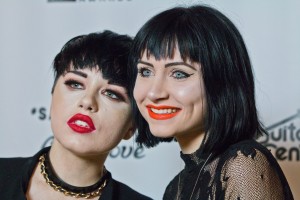 The She Rocks Awards also served as the release party for She Rocks Vol. 1 a compilation CD of eleven female guitarists released on Steve Vai’s Favored Nations Entertainment label. Vai was there to introduce the project and kick off the first performance from the album; Kat Dyson and her song “U Know What I Like.” 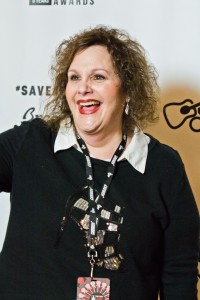 Our good friend to Backstage Access Magazine Ms.Christine Devine  did a excellent jod as the Host of the She Rocks Awards and  Had the red carpet lit with her Rock Star Husband right by her side. 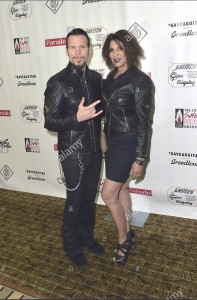 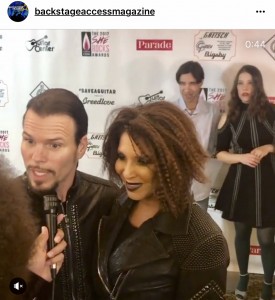 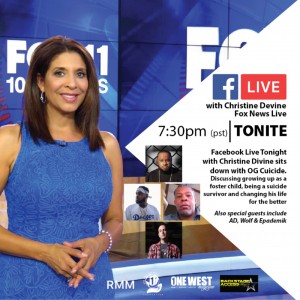 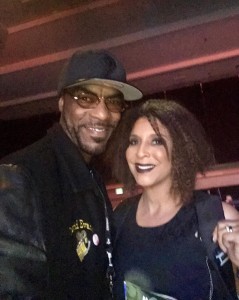 The event is produced by the Women’s International Music Network, an organization whose mission is to advocate for women in the music industry and to shine a spotlight on female role models.

In addition, there is an accompanying silent auction live through January 31, 2017, which features guitars, music, audio gear, jewelry, spa products and much more. Anyone can bid at http://www.32auctions.com/sherocksawardsProceeds help them to benefit Soundgirls.org, an organization that helps train girls for careers in audio.

Find out more at: www.sherocksawards.com

For more photos from the event, visit: She Rocks Awards 2017